Excerpts From:
When Your Daughter Has BPD: Essential Skills to Help Families Manage Borderline Personality Disorder 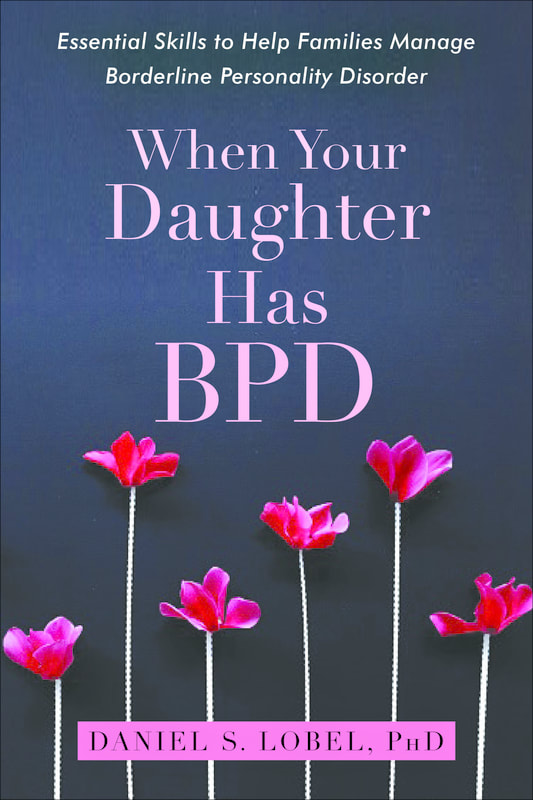 Excerpts From The New Release: When Your Daughter Has BPD: Essential Skills to Help Families Manage Borderline Personality Disorder
Excerpt From The Introduction:

​Parenting a child with borderline personality disorder (BPD) presents challenges well beyond the scope of typical parenting. Standard parenting techniques often backfire, leading parents to feel that their child and their family life are out of control. Families of a child with BPD experience tremendous conflict and hostility, resulting in the parents feeling ineffective while the child suffers and her functioning steadily deteriorates. BPD impacts the entire family, sometimes leading to disintegration of the family structure as all family members come to avoid, and perhaps even loathe, spending time together due to the perpetual discord. Although many parents reading this book will have already sought professional help and may have been told that their child has signs of BPD, others may be seeking information and guidance for the first time. This book will offer essential parenting techniques that, if used consistently, will restore control of the family to you, help your child with BPD improve her quality of life, and reenable your family unit to provide satisfaction and security to all of its members.

Excerpt From Chapter 1: Definitions and Development of BPD:

The bias search engine. Another form of constant testing of others is the search for hidden meaning in all that is said and not said. When individuals with BPD listen to those around them, they listen for, rather than listening to, what another is saying. They do not receive information from a neutral perspective. Rather, they listen for slights, disloyalty, or abandonment. These are their search engine key words. Below is an example where the child “hears” her father saying that she does not look good in his statement about her friend.

Father: I saw your friend Sarah at the library today. She looked great.
Child: And I look like a piece of dirt?
Father: I didn’t say that.
Child: You never say I look great.
Father: Yes I have said it.
Child: But you didn’t mean it.

In this exchange the child hears the father’s initial comment about her friend as a slight. To the child it is as if the father had said, “She looked great and you don’t.” Of course the father did not say this, but the child hears the hidden meaning in it. She actually creates the hidden meaning by projecting her insecurities, her self-loathing, onto the father and then gets angry at him for it. This tendency to project her self-loathing onto others is also what drives the need for constant reassurance or reaffirmation that the child is lovable and is loved. It is also why there is never enough.

Excerpt From Chapter 2: Effects of BPD on the Family

Having a child with BPD generally puts a tremendous strain on a marriage. Both parents suffer individually with feelings of guilt and shame as they watch their family disintegrate steadily. They often feel responsible for various aspects of the situation and sometimes blame one another as well. The child often pits one parent against another, utilizing triangulation. Social relationships with friends and neighbors as well as extended family Effects of BPD on the Family 47 members are impeded by the child’s need to be the focus of all that goes on within the family. The parents are often exhausted by constant efforts to minimize the caustic effect of the conflict that surrounds interactions with or about their daughter.
​
Without professional help, parents are rarely able to take a unified position with regard to the demands and hostile acting out of a child with BPD. The result is that one parent often feels that the other is too hard on the “poor child,” while the other parent feels that the other is too lenient and blames him or her for feeding the monster. This is perhaps the most toxic effect on the marriage.

Children with BPD tend to push their parents into a codependent relationship by mistreating them if they don’t give in to their demands. These parents often try to set boundaries and follow through with discipline, but they have been beaten down by their child’s persistent resistance to independence combined with hurtful behavior toward the parent as a tool to get what she wants. The result is that the illness, the monster, grows in strength and in resolve. Consider the example of a father of a child with BPD who had driven his daughter to her classes at a nearby college. After a while the father suggested that the daughter get her driver’s license and be able to drive herself. When he suggested this, she got hurt and angry and replied, “Why, you don’t want to drive me anymore? What kind of parent are you?” The BPD causes such a strong need for reassurance that the parent is available to meet her needs that When Your Daughter Has BPD 86 she can only hear that her parent no longer wants to drive her. This makes her feel unlovable. Rather than embracing the encouragement to be independent, she attempts to make her parent feel guilty for not being a loving parent. The child’s primary tool for influencing her environment is mistreatment of others when she doesn’t get what she wants. Historically, the child has found that this sort of behavior is highly effective at getting others to give in; hence, the child handles most conflicts this way.

​On most airlines we are told that if the plane depressurizes, we must put on oxygen masks—first on our own faces, then on our child’s. Our instinct is to attend to our children before ourselves, and this violates that instinct. But the logic is solid: if something happens to you, then there is no one to take care of your child. In the same vein, it’s necessary to heal yourself first in order to help your child with BPD and your family heal.
Proudly powered by Weebly